Chris Lanphear A thirty-something trying to find my way. 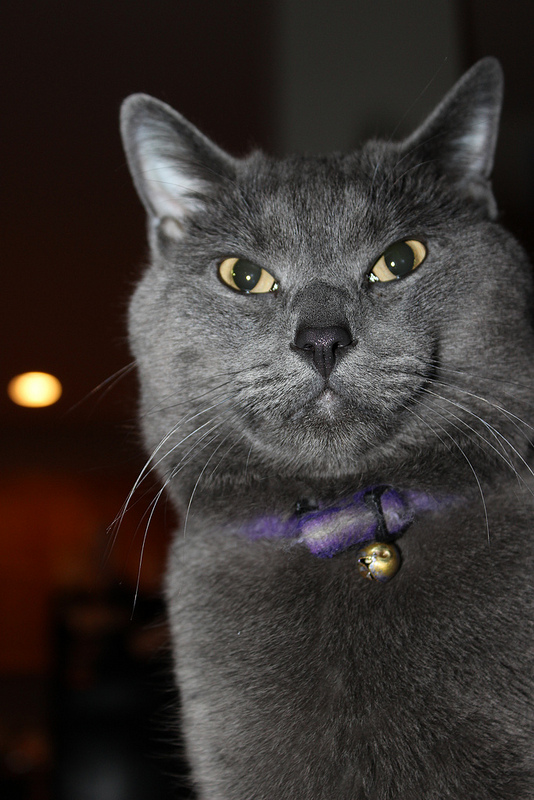 On loss and perspective

It’s been nearly 48 hours since I’ve seen my cat, Lennie. The search was begun in earnest yesterday once I realized that he was gone. I’ve put up flyers, walked rounds of the surrounding neighborhood, talked to the Humane Society, and put up Craigslist ads.

I feel frozen, as if in a chrysalis. I hurt, and I’m sad.

I’ve had Lennie since he was four days old. He’s quite literally grown up with me, and since the day I brought him home, he’s only been outside of home once. I can only imagine how scared he must be. I know this because I am scared — scared that he may never come home.

At particularly sad times, I’d throw a movie on the TV, get under a blanket and cuddle with Lennie — and now, he’s gone, too. I may never get to do that again. All of the important things in my life, either by choice or by chance, are no longer here.

Hope can be a powerful tool. It can also be a dangerous one. Many people look to hope as a way of coping, something to keep them going. In and of itself, this is not a bad thing at all. Unfortunately, some people are able to lean on hope so much as to create a crutch for themselves and eventually use it as a way of ignoring reality, thinking that if they have enough hope, they’ll be able to outsmart the way that the world works. In many cases, as more time passes, the less likely our wished-for result becomes feasible — but that doesn’t stop people from holding on to hope.

As much as this hurts, I can’t help but feel as if this is just a bit petty, a bit small. I’ve lost a beloved pet, but I can’t help but be thankful that that’s all that I’ve lost. The day that I was searching for a lost cat is the same day that the Sandy Hook school shooting occurred, and, well, there’s loss, and then there’s tragic, unconscionable loss.

Twenty eight people dead — 20 of them children. The mind reels at what could compel a person, no matter how sad, lonely or uncaring, to take the lives of people who never even had the chance to be anything but innocent. I’m lucky in that I can take solace in hope. Lennie could return home, and life would pick up where it left off. The parents of these children don’t have that. Their children will never be alive again, and the sheer enormity of that grief saddens and sickens me. It’s been said that the worst thing that can happen to a parent is to be faced with outliving their child, and one doesn’t need to have children of their own to empathize with the utter sadness that someone has to endure to be in that position. It’s unimaginable. It’s horrible.

Worse still and equally as horrible is the speed at which certain of us jump to making tragedy into political agenda. Both sides of the relevant issues are guilty of this, and it’s no less disgusting from either side. I really don’t care what side of an issue you’re on: whether you’re for or against gun control, for or against the separation of church and state, you need to recognize that not only is the discussion necessary, which is what everyone keeps saying, but that there is a time and a place for the discussion. That time is not now. People need to have time to grieve for the dead, comfort the living, and hug their children.

I don’t care how righteous you think your issue is — it isn’t, at least not right now. You know what’s righteous? Give people some space. Give them time. Show them compassion, empathy and concern. Not only is it righteous. It’s just plain right.

Please: don’t be so callous as to disregard the utter horror that some are going through just to advance your own cause. You’re not honoring the memory of the dead — you’re perverting it, and they deserve better than that. Yesterday was a sad day for all of us, for humanity. As humans, we need to be there for each other. First, we need to grieve, we need to process, we need to heal. Once we do that, we can start working together to figure the rest out.

In the mean time? Hug your children, your pets, your family and friends. Let them know how much they mean to you. It’s never too late. Until it is.